All about Ido Chawan

The root of “ido chawan”

It is said that “ido chawan” is one of the Korean bowls made in the days of Li. At that time, “ido chawan” was very popular among Japanese tea ceremonies, and it is such a great instrument that it was said “One ido two Raku three Karatsu”.

Origin of the name of the “ido chawan” is not clear, but it is said that it was named “ido chawan” because it seems to be deep like a well(=ido) when looking into a “ido chawan” as a famous story from the prospect.

The charm of “ido chawan” will be a scenery that has been lost for anything. Looking at the names of the bowls in the museum’s collection, you should be able to realize that they have a long history and the history of surviving today. If you look at the real thing directly, you should be impressed by the natural appearance of distortions, cracks, etc that caused by chance(accident), while using them.

There are some conventions in “ido chawan”. It is said that if you see these, you will be certified as “ido chawan”. However, there is probably no work that satisfies all the conventions. If all conventions are embraced, it would be thought that it was created intentionally in future generations(aroud 20th or so).

Yellowish brown is called loquat color. Condition with this color is the condition of the name bowl. Although it shows a very beautiful color when looking at photos, many things are not so beautiful coloring in real. Would not it be the most colorful one that can be made by blending light brown and light gray at a ratio of about 7:3, I suppose.

It is a fine crack (appearing only on the surface) that appears on the skin of the bowl. It’s not a uniform crack, but it’s a big deal if you see a mixture of big and small ones.

It is said that a hill with a shape like a bamboo knot and heigher is good one. However, if it is too high, it will be a cup of Horse-on-glass.

It is promised that 3 to 5 rows of Rokuro eyes will remain. It’s like being born on circling and turning around. However, even if it is called a name bowl, there are not many eyes.

The crackling of the warts that made around the west of the bowl is called plum flower skin. It is a shark skin pattern to be applied for the purpose of slipping at the hand of the sword. If you do not have “ido chawan” with Kairagi, you will feel a little unsatisfactory.

It is as if a pile after being pointed at the center of the bottom of the hill. It is still good to have a whirlpool.

It is said that Good “ido chawan” has 3 to 5 eye marks of overlayed-bake. However, because the “Oido chawan” is not baked with overlayed, they have no meato marks, and the theory that “Oido chawan” are superimposed and the eye trace is coming out is also, and it can not be said that it is good if there is necessity. In fact, I think that many of the bowls of “Oido chawan” have no eye marks.

Ido Chawan are divided into several categories. I would like to introduce representative things this time.

It is big and has a dignified shape. There are quite a lot of bowls compared to other classification well bowls. Compared with Oido, it seems to classify the one with a small size and the one with a high mountain as “Oido chawan”. However, there are many in Koido that show the same level of beautifulness as Oido chawan. A bowl with a lot of bluish taste and a bit rough skin is called Aoido chawan. Also, it is made of straight lines without drawing a gentle curve like Oido and Koido from the top of the hill to the mouth. Although it does not reach thelevel of ido chawan, it seems that only kan-nyuu classifies a wonderful cup into a small penetration. As a famous one, “Rakuten” and “Nagaksaki” are well known. 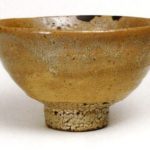 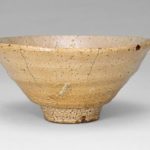 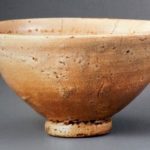 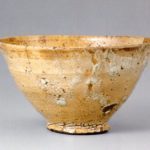 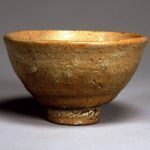