All About Raku Chawan

How was the birth of Raku Chawan? Who and How it was made? what kind do you have? For this time I would like to take a closer look at its features and classification about Raku bowls.

What is Raku Chawan?

It is a tea bowl made with grilled Raku Yaki. Raku Yaki is a method called “hand kneading” which uses the hand and the Hera (spatula) without using the roundabout used for making general tea bowls usually used for shaping it. After that, it will be completed by baking at 750 degrees to 1,100 degrees.

The Raku Yaki seems to have been born in the middle of 1500 (around Tensho era). Sen no Rikyu asked a roof tile craftsman Chojiro, “I would like to get such a little bowl”. When it showed up for tea ceremony for the first time, it seems that the bowl was said to be “fantastic modern”. It would be no doubt that it was an avant-garde tea bowl as contemporary art of today. By the way, the roots of Raku yaki seems to be “Sansai” in Chinese. China is terrible nation.

After that, as a substitute for Choshiro’s child age, Raku family got a seal of the Raku mark from Toyotomi Hideyoshi, and It has been used until now and used it as a family made tea bowl evidence. By the way, there is “Wakigama” family that is derived from Raku family “side kiln”. famous side kiln are “Ohi Yaki” and “Tamamizu Yaki”.

It is a tea bowl made by kneading by hand without using Rokuro. It is also possible to prepare a shape with a spatula to finish. Spatula use is noticeable after the 9th “Ryonyu”. Broadly divided into black and red type, the firing temperature is 1000 degrees for black and 800 degrees for red. The round semicircle is the most common form. The irregular shape is “Mukiguri” made by Chojiro, about a bowl made by Koetsu. Looking at the designer for Raku Family and the artist Koetsu, It will be understandable.

The first generation: Chojiro was active in Momoyama era mid-1500s. Families are inherited from the very beginning up to the present and nearly 500 years. In this issue I will briefly introduce the house of the 12th generation.

It seems that there are many documents that are regarded as Koreans. Originally it seemed to have operated a tale shop. It is said that Chojiro’s tea bowl is very rare and worthy, and it is said that it is very difficult to discriminate, and there was also a time when it was said that antique business is crying.

The second son of Tanaka Sokei (who is regarded as an assistant of Chojiro). Several bowls with distortion and distortion can be seen. It seems there was an exchange with Honami koetsu, and Koetsu often learned a lot from his work.

I will be the eldest son of Changkee and later celebrate “Raku Kizaemon”. By the way it is also called alias “Nonkou”, its name often appears in box writings etc. I opened up a world of bowls that is completely different from the first generation and the second generation.I used a lot of glaze such as vermillion, yellow, etc. It seems that I was considerably influenced by Koetsu who would be a big brother.

A son of Donyu. He inherited the “Raku Kizaemon” of the entrance and was aware of the style approaching the first generation Nagasuro while learning from the technique of entering.

Sounyu is son-in-law taken into family for four generations. When he was 28 years old, he became “Raku Kizaemon”. The style is far from that of Ichinyu. Sounyu seems to return to the first generation of Chojiro Chawan. There are many pinhole on surface.

Sanyu is also a son-in-law taken into family of Sonyu. The Raku Family cold not get Men baby. In addition to being familiar with the tea bowl of “Koetsu Utsushi”, the masterpiece “Sanyu’s 200” is also famous. He might have a high skill to change his making style as free.

Chonyu is the eldest son in the sixth Sanyu. There may be few famous works. He is also a free man who retires relatively quickly.

The eldest son of the seventh Chonyu. He seems to be in poor health so He died when he was 30 years old. Most of the works are out of market.

The second son of Tokunyu. Ryonyu were extremely ravely acknowledged as “masterpieces since 3rd Nonkou”. His spatula technic is genius and has skillful shaping features.

The second son of Ryonyu. In historical fact, it seems that it was used by the Kishu Tokugawa family together with the 9th generation Omotesenke, contributing to the establishment of “Kairakuen kiln”. Later, in 1826, due to his contribution to the establishment of “Nishinomaru Oniwayaki” and others, he won “Raku(樂)” from Tokugawa. His bowl style was extremely skillful, and that it was the most conscious of the glamorous of the work in the Raku Chawan.

Keinyu is also a son-in-law taken into family of Tannyu. After the Meiji Restoration occurred, Raku family face difficult period. Many of His works would be categorized as a typical Raku Chawanstyle.

The eldest son of Keinyu. There seems to be almost no demand due to the declining period of the tea ceremony since Keinyu’s era, so there were few works in market when he was young. However, as the Meiji era begins to give birth “Zaibatsu(Man in Success in Business)”, the tea ceremony boom came between Zaibatsu and in his later year, he made numerous works. It seems that the first half of his life with hard days, and the second half sent an elegant life.

Chojiro is often treated as a different existence from other generations. There seems to be plenty of works made with various real rights, but in general all the great tea bowls that are dead enough. The Japanese seems to like it, but if you look at it from overseas you may be told that it is a dirty bowl. Although it is a tea bowl that I used before long before America was founded. As a producer who knows the name, is not it likely to line Koetsu with his shoulders? There are many ornate tea bowls. It is no exaggeration to say that thinning started from Nonkou. It is also a person who innovated new techniques in usage of glaze. Among the Raku family, Nonkou is will be a “strange innocent inventor”. 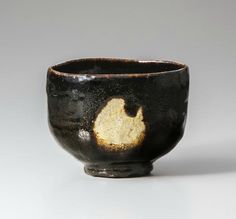 Probably the No.1 super artist in Japanese history, which produced a number of national treasures. Koetu’s white Raku chawan “Fujisan” is ranked as a national treasure. He was deep friendship and enthusiasm and influenced the style of Raku family. There are many works that are gathering wonderfully beautifully as a whole while demonstrating the freedom of expression with going on his way. Well, although actually there are many tea bowls that are hard to use only suitable for watching. All About Honami Koetsu 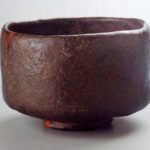 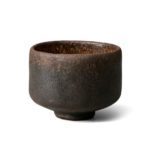 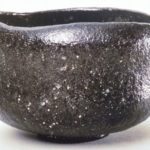 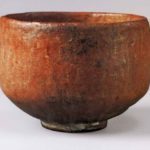 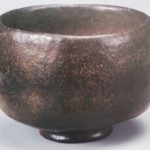 PREV
All About Shino Chawan